Flying as group from Heathrow someone was bound to do something retarded and that came in the form of Will Gardner - sending me a text about 20minutes before we were boarding asking when we were getting to the airport. I thought this was cutting it fine and rang him hoping he was already in the airport somewhere. Nope. Still on his train. Retard right. So willy got confused between the departure time and the check in time...had to re-book into another flight later on in the evening!! 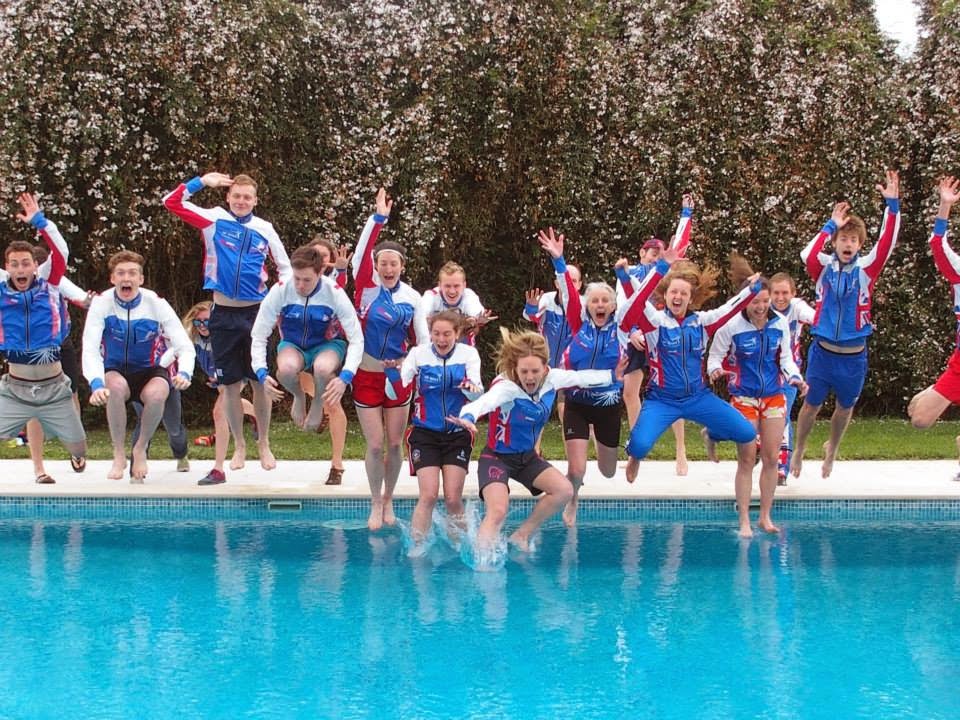 PORTGUAL WAS HOT. But with my base tan from Lanzarote I turned into a bronzed goddess hahaha. We stayed in this estate in apartments - no idea how Liz found it but it was incredible! We had our own pool, use of mountain bikes and kilometres of forest to run round - I saw a fox on one of my runs!! Although it was awesome, introvert Helen picked up on how the extrovert within me possibly needed some more excitement where at junior events like JWOC I was used to having teams stay together, feeding off the atmosphere, at the senior competitions, the teams keep themselves to themselves making this a fair bit harder for me!

Arriving on Tuesday with my races in Thursday and Monday meant we could go training in between- the middle model which we went to Wednesday was literally fine. Just fine. Didn't have any feelings...just kinda trogged round it, not expecting anything just orienteering...slowly. Wasn't really inspiring terrain, and I went into the middle with no feelings - which I now know is not great for me. I need to be excited, nervous and I need pressure of which I didn't have any, I knew I wanted to get to the A-final but didn't feel that determination or grittiness that I would turn myself inside out to get it. So there was no real surprised when I bumbled around the qualifier that it wasn't good enough - technically it got sloppy towards the end when I got tired but my legs felt like lead from the start. Oh and the last loop by spectator control was horrible. I felt like AN OGRE! Trying to run but feeling like my body was made to do anything but run. Anyhow I had my parents at the end to rage at which it turned out I had more to get off my chest than I thought!!

With people asking me how I did, I never really knew how to answer...it went fine really?? Was I just being a weakling and needed to man up? and it was annoying me that I didn't know how to answer...I didn't want to make excuses and say  it was travelling that tired me out or the long call up or crappy nights sleep. It was just the best I could do on the day, with mistakes or ogre legs I'd raced and something hadn't worked.

So anyway this was all in my head and speaking with people wasn't really helping, instead just confusing myself more on what I should be saying and to be honest making me feel shit that I understood so little about how I orienteer. HOWEVER the following day I had the best day away from the squad and all these mental issues on the beach, in a jacuzzi and sauna, going for a walk, playing 'Push, Pull, Marry' with my mum ;) and eating ice cream with my parents!! Me and Mum also ran out the car to go pick some oranges on this tree…they tasted VILE though L Not only did i have my parents for support, fellow friend FLorence, was a BABE and convinced me in was not a chunky monkey, showing me what i would look like if i was one <3 She is a complete hero! 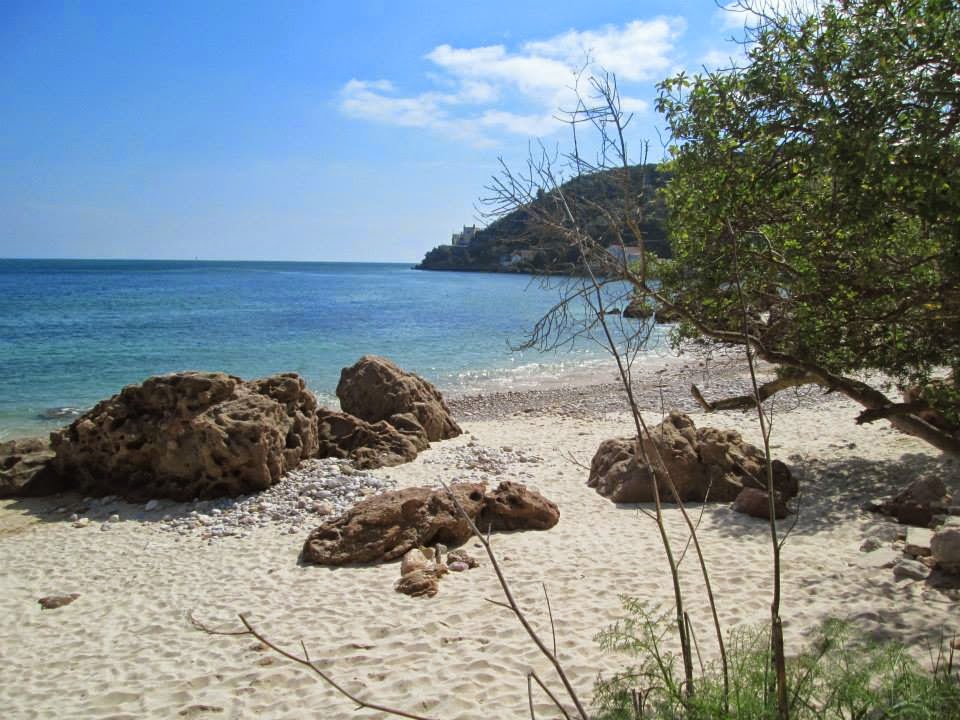 Chatting with my dad about it all deciding I was just a bit mentally exhausted and needed to ignore this and just remember that I orienteer and for me it really is as simple as that - no strategies or processes, just me running and deciding WHERE to run not HOW I'm going to run or HOW I'm going to get there. Easssaaaayyyyyy.

The day before the middle qualification I went to watch the sprint final which was great, there was excitement and team GB felt united whilst we supported our athletes perform...it was the first day I felt the buzz of being part of GB at a major competition! The following day I had some more feelings-felt nervous before which was excellent news. I started at a decent pace, trying to ignore the previous races ogre feeling and kept this up and orienteering smoothly :) I finished and was happy with the race but a little frustrated with the result, but enjoying the fact I didn't feel like I needed to find time to see where in the results I could have come - I also liked how close the juniors - me, Zoe and Charlotte (to me your still a junior Charlotte) were close to some of the seniors. I ALSO WAS RAPID ON THE RUN IN!!

The following day was awesome - although promising myself I was going to work, I spent half the day making paper chains and cake to celebrate the HEROIC performance of cats 3rd place in the long distance (who me and Charlotte have put down to our great boy chat the evening before ;))! Although excellent news, the travel back from the prize giving was interesting with BOTH the minibus and car breaking down! Complete nightmare!!

Also I would like to note the organization was historically awfull...four controls having problems/being in the wrong place in the qualification so after a series of protest and complaints lasting until Sunday everyone was bumped into the A final with the qualification race being voided.
In the sprint, a control was wrong - but it's okay...only by five metres which totally doesn't matter right in a senior world class championships ;)
Before the long the maps with the courses were released onto the official website...meaning new maps and courses had to be made
We were told at our team meetings that this had not been it, with more organizing flaws brushed under the carpet. Our final team meeting was the best with Dave giving an incredible performance of a particular official ;)

Anyway back to the racing...relay day last which was a bummer as it is the most exciting and I had been the most excited I had all week!! I missed out on getting into the GB women's relay teams but was kindly offered a place in the Canadians with Louisa and Emily Kemp :) I was last leg, meaning the most climb and distance - WOOOPPIIEEE but tbh for the first part of the course I felt decent...again half way round noticing the ogre legs creeping in but the terrain at the end stayed fast so I didn't have to test my toughness. I really enjoyed this race, so glad I got a run and yes even though not the fastest or cleanest I ENJOYED ORIENTEERING! We had a quick turn around to get to the airport even though we arrived with plenty of time (which meant I left 'half my wardrobe' at the accommodation...getting a text after I left from Charlotte) giving me and Peter time for some great chat...and he apparently claims he doesn't objectify women. Complete joke - Katie Reynolds, want to comment on this ;) all in all great weekend, learnt a lot about how I need an atmosphere and to feel something to perform! Also I learnt that Charlotte has the most hilarious face when she brushes her teeth - honestly if you have a chance check it out...she moves her head more than her arm and her eyebrows do something funky ;) and Peter has an unfortunate eating face but then we just realised no one looks good when they eat...
Posted by Unknown at 04:55