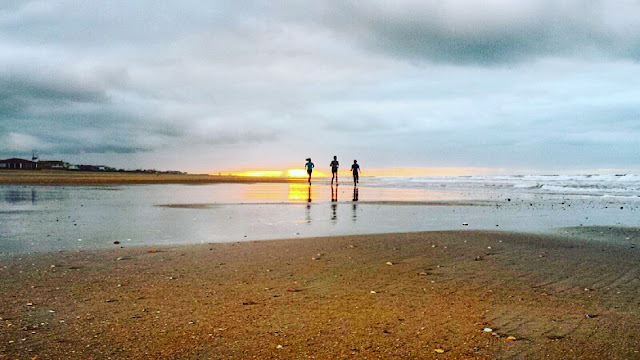 In preparation for the camp we were asked to run a 3km time trial to help us pace the intervals and running sessions. Whilst this isn’t an far-reaching task, I still managed to struggle: giving up after 5 and ½ laps and setting a wonderfully high self-confidence before the camp -_- *JOKE*. I was beginning to get tired of training – not actually doing it – but from doing it and never getting better. For a few years, to be honest, I’ve stayed at a relatively consistent level of fitness which I’m finding it hard to break out of and therefore have faith in any training that I actually do.

Moving to the week itself, I arrived at around midnight on the 2nd (flying into Faro before travelling to Punta Umbria near Huevla in the South of Spain). In the morning we had to take our resting HR and wee into a tiny bottle to measure our hydration levels. Unfortunately not only was I dehydrated on the first morning (with a measure of 680 instead of between 400-600) I’d peeed all over my hand to start the morning off. Then it was on to an interval session (4x2km on the track). I only did 3 sets as my lactate was getting too high and considering the week reached 90km in total I think it was best.
In the afternoon a few of us (as Forest athletes are now a dying breed: with only Graham, Jess and myself sticking solely to forest – as Charlotte and Holly were injured) travelled to Matascalans an area on sand dunes for some orienteering. I was actually really excited for this and couldn’t wait to orienteering properly by concentrating and reading the map to ensure I had map to ground and ground to map contact the majority of the way. This meant I made NO MISTAKES!! And I even had the distraction of this tiny little dog following me around for the whole 7km :’)

The rest of the week continued like this: waking up, peeing on myself, eating far too much healthy food with a distinct lack of cake, training, more eating, maybe a little nap (which on one occasion turned into a sleep meaning I missed afternoon training OOOPS), followed by more training, food and sleep. AND i forgot to mention the early mornings :O where we ran around the underground car park, hopping, skipping and jumping for 45 minutes when it was STILL DARK outside! Although it might seem like i'm complaining I actually enjoyed it all and it was good to get going good habits of eating and sleeping - especially with it being New Year and all that.

As the amount of meetings was drastically less than normal there was quite a lot of free time to kill which was a new experience without university coursework to fill it up with. It mean’t instead I had lots of time for Facetiming important people back home and watching far too many episodes of Game of Thrones. Unfortunately my favourite character died (Ygritte – ooops spoiler ß) and to my dismay Hollie and Charlotte didn’t watch it so I had no one to complain about it – although to be honest that didn’t stop me trying.

Throughout the week I managed to get my hydration levels down to 500 (WOOO) but in doing so meant I was getting up in the night to pee. Additionally my confidence in both running and orienteering improved. For the running we ran another interval session on the Tuesday which comprised of shorter efforts which suited me a lot better (for completely unknown reasons?) but helped to make me feel capable. Additionally I managed to chat with Jackie about my worries and we went about altering my weekly structure to hopefully get a bit more out of the sessions I do. 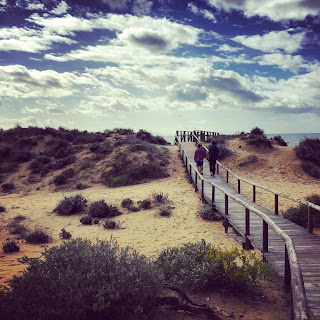 The orienteering was also working well as long as I kept my concentration and after a chat with Liz and later with Eddie I was able to articulate how I orienteered (just) which is always difficult. SO BASCIALLY long story short, previously where I’ve been breaking my orienteering technique down to work on the skills individually it has never worked as I used each skill in balance with the other ones. So when I’ve deconstructed the whole orienteering technique I’ve disrupted the whole balance of my beautifully woven orienteering peace circle and found it hard to peace it back together. Therefore this week was about back to basics, doing it all nice and slow to build up the confidence and get the orienteering peace circle back J

All in all a pretty successful camp even with a tiny bit of sun (although i still had my much loved favourite item of clothing: a poncho. Or did we decide it was a Pashmina. Or rug. Or even carpet? wrapped around me most the week to keep warm) and magical moments with nature *see caterpillar photo: credit to Graham for spotting the infested tree which clearly smelt like chocolate*.