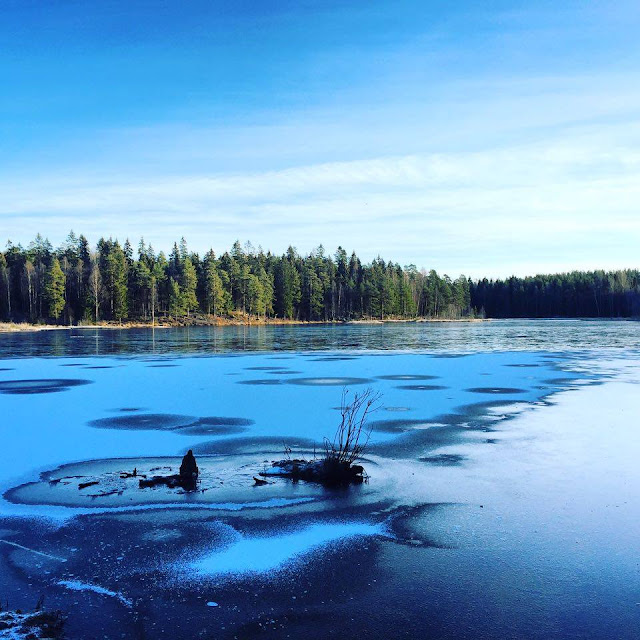 I knew it had been a long time since I last went out to Norway after checking my purse which holds all the random currencies that I have collected finding to my disappointment only 7 Norwegian krone (about 70p). It’s probably been over a year since visiting Norway which, considering I am part of a Norwegian Club, is pretty shocking. Therefore I was so excited to finally get on the plane Thursday night to travel over to Oslo and join Lillomarka for a weekend of training and to celebrate their 30th Anniversary.

As soon as I stepped outside the plane in Oslo could see my breath due to minus temperatures so was grateful that Vidar swiftly came to pick me up, taking me to his gorgeous house in the Eastern part of Oslo. It was around midnight Norwegian time so went straight to sleep preparing for the busy day tomorrow – consisting of morning orienteering training, physiotherapist screening, a VO2 max test and a night race in the evening! The morning training went well for me – the pace was really slow but it meant I actually orienteered and had such good contact with the map I made very very small mistakes – relocating quickly and never too far off which gave me a heap of confidence. It was also pretty enjoyable as I actually felt calm and capable instead of running off like a loony and panicking trying to relocate quickly. Although it was slow I wasn’t worried knowing I would quickly get back into the hang of navigating and be able to speed up my processes without adopting the rushed, headless chicken style of orienteering that all too often resulted in disappointment. 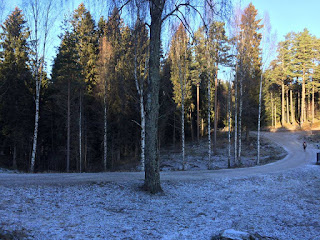 Following this the club each had 20 minutes screening sessions with a physio where we did a serious of exercises – apparently being ‘exceedingly good’ (that’s right ;) ) on the single legged squats – (Peter Bray - this will be from all our Durham Gym work *sob sob* which we are both missing out on now!). I obviously had weaknesses too which involve the fact I can’t touch my toes L. The VO2 max was not so enjoyable, after getting over a small language barrier as the instructions were all written in Norwegian (and after informing the physician he’d entered my gender incorrectly as I was actually female :’)) I was ready for 5 minutes of running until exhaustion. A shorter test than I’ve previously done in the UK as they don’t mess around – adjusting the treadmill up to 10.5 hill gradient and setting you off running for a minute an increasing speeds. At the end I was literally bent double, peaking my VO2 at 53.8 – 2.4 of my previous in the year but really pleased in all. With shakey legs Andrinne and I made it to the car – unfortunately there was very little power on the little electric car meaning we couldn’t turn the heating on and were driving at the speed of two old ladies on buggies to make it back home. 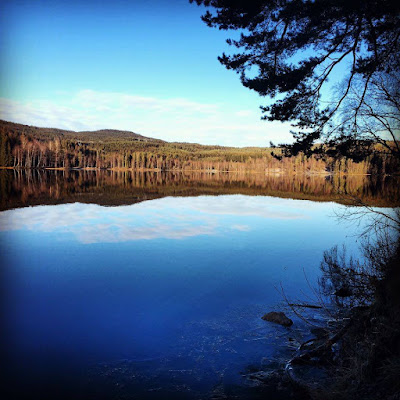 The evening was the thing I was looking forward to the LEAST. Night orienteering had drastically reduced on my list of ‘fun things to do’ since I watched a zombie movie before a race, spooking myself out horribly, getting lost and wondering around a pitch black forest waiting to be eaten alive. I gave up in that race. So this time I went slower, like in the morning to make sure I didn’t get lost and took my time – clamping down on any thoughts of the undead. Although again slow I made it round and was so happy with myself at the end. It was SO COLD that my shoe laces froze solid however it gave me a chance to wear the most attractive item of clothing I wear: my thermal leggings.
The next morning I couldn’t stand up – my calves were so tight I couldn’t straighten my legs properly from the maximal calf raises we had to do in the screening. So hobbling to the club hut I managed to pick my legs up enough to jog round some more orienteering training which was again slow but all part of the plan to build my confidence in my orienteering back up. This was shattered when andrinne and I decided to go from 4 – 7 so we could get back in time for a shower. We spent about 20 minutes wandering round this slope which had half of the map blanked out – eventually we relocated off the northern part of the map to stumble onto control nine. The last section was a lot more successful before a hot shower and meeting in the Club Hut. The afternoon activities finished with a quiz – partnered with Nico (teamname of Nico’s Butt) – that we managed to pull ourselves up to 6th from a bad start due to our impressive selfie taking skills. 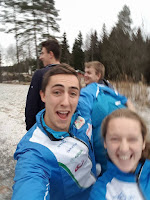 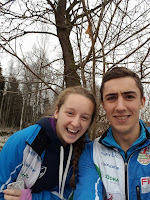 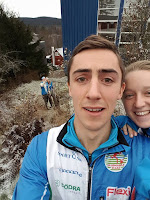 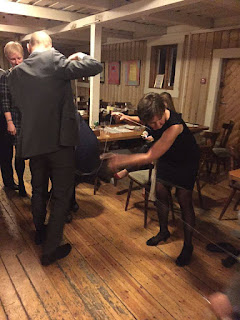 Before the party in the evening I slept, feeling the from running 22km the previous day and preparing my body for a late night. Arriving bang on 7pm, we collected a piece of a map where we had to find the person with the other part of the map to sit with for the dinner. Unfortunately my partner must have ditched me as I never found my other half – instead being saved by Joe who was in the same situation as me. After piling food on my plate and talking biomed with joe it was time for a singsong – in Norwegian – proving difficult to keep up but it ended up well with everyone stood on their chairs, popping balloons and making noise. The brits (Joe, Dane, Ali, Kris and me) then lead a series of games to entertain the club including trying to get a biscuit in your mouth without using your hands starting from your forehead, lacing a piece of string under everyone’s clothing to tie the teams together and passing an orange down the lines using no hands, just your neck – keeping up with Lillomarka tradition of being a ‘close club’ with a few awkward situations :P Following this is was cake time before a boogie and then home and bed. 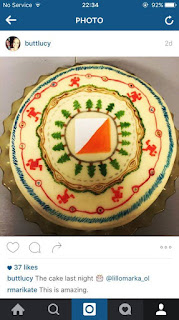 I travelled home on Sunday, but not until the afternoon which meant I could participate in the long run. Again pretty slow but we went for around 2hr 20 minutes and there was some orienteering involved. After the great weekend I was so tired but it felt good to be back in control with my orienteering and get some good mileage in J 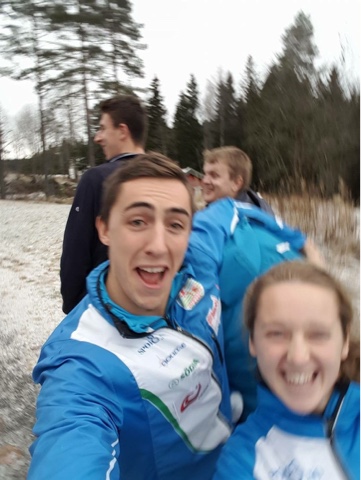