Before this weekend, I'm not going to lie, I was pretty stressed, run-down and I desperately needed sleep. First week back at university after the Junior European Cup was killing me. Camilla Bevensee, arrived in Durham on Friday morning ready for our early morning (5.45am) on Saturday to get to Edinburgh in time for our starts.

We went for a casual run with fellow orienteers Peter and Aine on the Friday afternoon, had a top notch spag bowl...which camilla decided to add apple to? Claiming it tasted good...and turned the house upside down to find my phone. Which was finally found, sat happily in my food cupboard? Obviously the next morning was not fun but it meant we arrived in Edinburgh at half eight, with plenty of time to prepare and get into quarantine before the race. I hadn't really considered how good the competition would be until I was sat in quarantine; looking around me and EVERYONE had been at a WOC or JWOC. Repping my England top, I jogged to the start for 10.16 and was in my usual relaxed, happy mood - turning round in the start box to wave at Ed who just replied: 'Focus Lucy'. HA.

I had a great run, well it was okay - felt a littttllleeeee slow trying to 'sprint' up at least one hundred stairs I reckon. I was hesitant here and there, taking a few wrong turnings. Nevertheless it was great fun, especially along the main street with the alleyways running off as you had to dodge between the tourists, surprising them when you randomly appeared out of an alleyway. I saw Florence in the final part of the course, coming up a steep grassy bank, discussing the length of my shorts...'I can't even see them Lucy!'. 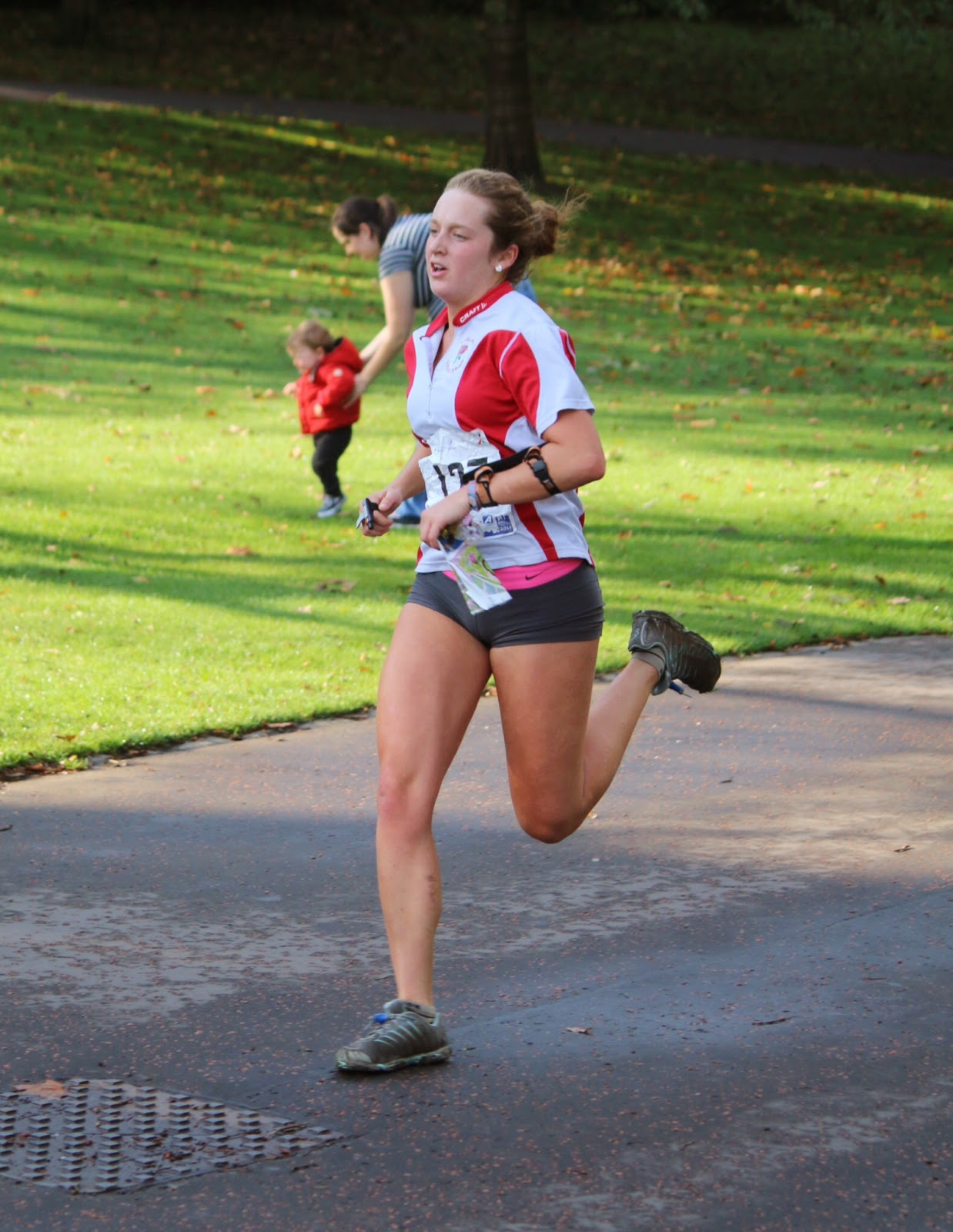 Finished in 6th - aware the best were still yet to come in, so I was pushed down to 19th in the end. The sun was out, we were given goody bags (these should be compulsory at every event - I don't care if I sound like a five year old but I love them) and I was pleased with my run. After finding some Wifi so I could work (boringgg), we left to find Isla and Kristian's flats: some EUOC athletes that had offered us floor space to save on accommodation costs. Me and Peter went for a little bimble of a run round the meadows before showers, a cuppa and then off for a Durham meal; where Camilla had her first Fish and Chips :P the ceilidh, I was explaining to the people in Durham who hadn't done one, was a sweat fest - although not as bad as some I've been to. It was pretty decent, even got a cheeky dance with Martin Hubmann - GULTAAAYY.

The next morning was another early one - 5.45 wake up, although this time I managed to stay awake on the journey (to Stirling) and worked. Yes...worked. I am so productive! With starts an hour earlier than the previous day it was freezing and misty!! I started at 8.54, running into Stirling castle full of confidence, before stopping and thinking: Nothing matches up. Like nothing.

The afternoon I went off again to find some WiFi, before saying goodbye to Camilla L and starting the longgg drive home!
Posted by Unknown at 14:19