With JWOC around 5 weeks away and after a prompt from the team coach: Ralph Street to consider getting in the orienteering training I decided to take a trip across to the Lake District. At the time, university was just about finishing up for the year and I was in Yorkshire helping my brothers and Dad as they cycled the first two days of the Tour de France. This was pretty exhausting and involved lots of driving and looking after tired, hungry boys. However I got the chance to go for some runs around Halifax on the moors and it was nice to have no expectations to do anything work related!

I got a train across to Lancaster where I was met by the hero, Zoe Harding and stayed with her and her family for a few days - where we had some great food, my favourite definitely being Quentin’s homemade lemon meringue ice cream which was just incredible. Like the best ever and I've eaten a lot of ice cream in my life ha. That evening we ran a small score event where I tried to enforce my 'only run after you have a plan' rule. Although I didn't make mistakes, it felt ridiculously slow and I hated breaking up my running, feeling a little like I could never get any flow going. None the less I still wanted to get the control back and stop making mistakes with my orienteering and knew this would take time - a small seed of doubt started to grow that maybe I didn't have enough time before JWOC?

For the following trainings, I continued with this and began to get more happy with it. Realising if I planned ahead I could recognise the parts of the leg when I could run fast and when I needed to rein in the speed and focus a bit more allowing the happiness of running fast to stay with me. Obviously this makes sense, and I'd like to think I have been doing it but just getting carried away with myself, or overlooking difficult parts. The last day we trained on Haverthwaite with tricky contour details which was very JWOC relevant. As it is hard to plan in the tricky parts, with too much going on form an accurate plan that wouldn't require my pace to drop rapidly I relied more on my compass so I could still be speedy. Although I finished happy with the training I think now looking back, I flooded my brain with all the ways to orienteer. Which was good, as I wanted to break my orienteering parts down, make them better and put it all back together; I think I found it hard to see how I would be able to do all the skills, in a coherent accurate way that would get me to the controls fastest.

I remember after each trainings having the need to write everything down about the training as my head seemed a little clouded with all the things I had to do to get round the course. In retrospect, I think when I wanted to have more control of my orienteering and so began to analyse it I became too aware of things I would do self-consciously, tipping my navigation off balance. Therefore the past year, when I've been doubting my navigation hasn't been good enough....it was almost the opposite of the problem – it’s been plenty good enough I just haven't had the confidence that it is. And so in doubting myself, I've gone to basics and tried to relearn these skills where I have only needed to remind myself they are there and I can do them.

Whilst in the lakes I wasn't aware of this and so JWOC was a little unnerving. However the following day I travelled with Zoe to Sheffield early on Saturday morning for our pre-JWOC camp. Here I settled my head after some meetings, by basically consciously choosing the skills that I would use at JWOC. And I decided if I did these I would be fine, ignoring the fact that I've orienteered all my life and never before have I had to consciously choose the skills I need as my head normally filters through them without me realising. 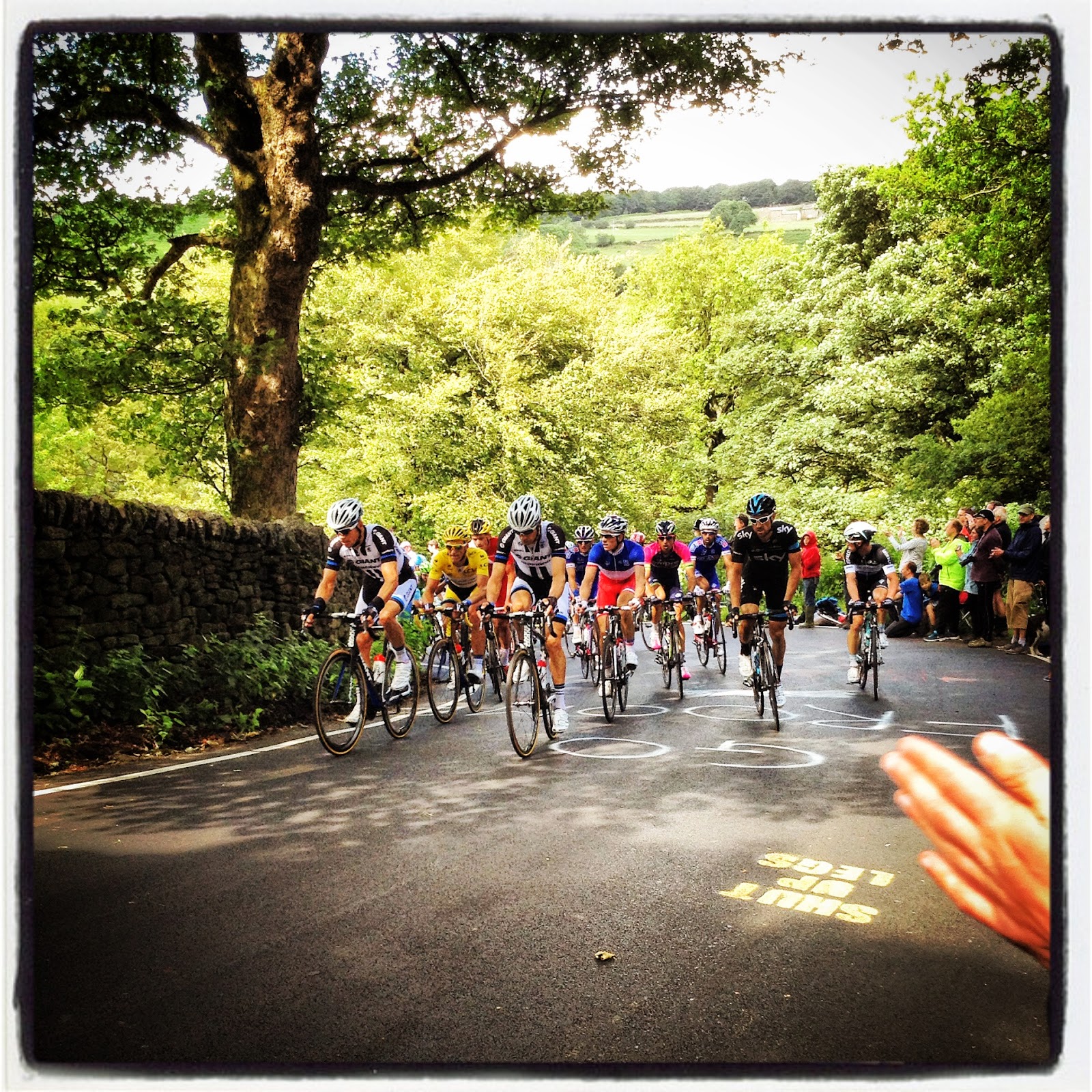 I only spent a day with the team in Sheffield though, we did some sprint training which was fineee. I took me a while to get my head in sprint mode but I didn't care as much for sprint distance so didn't feel the need to analyse everything! I spent the Sunday with my family, waiting for about four hours by the side of the road for the tour to come past; trying to keep warm and fighting with my brother Thomas to pass the time...First time I'd seen my mum in ages but everyone was pretty tired as Harry had crashed his bike the day before and had to go to hospital. Afterwards, we travelled home (trying to stay calm and avoid the massive queues) where I had a week before flying out to Bulgaria with Dad for JWOC!!!