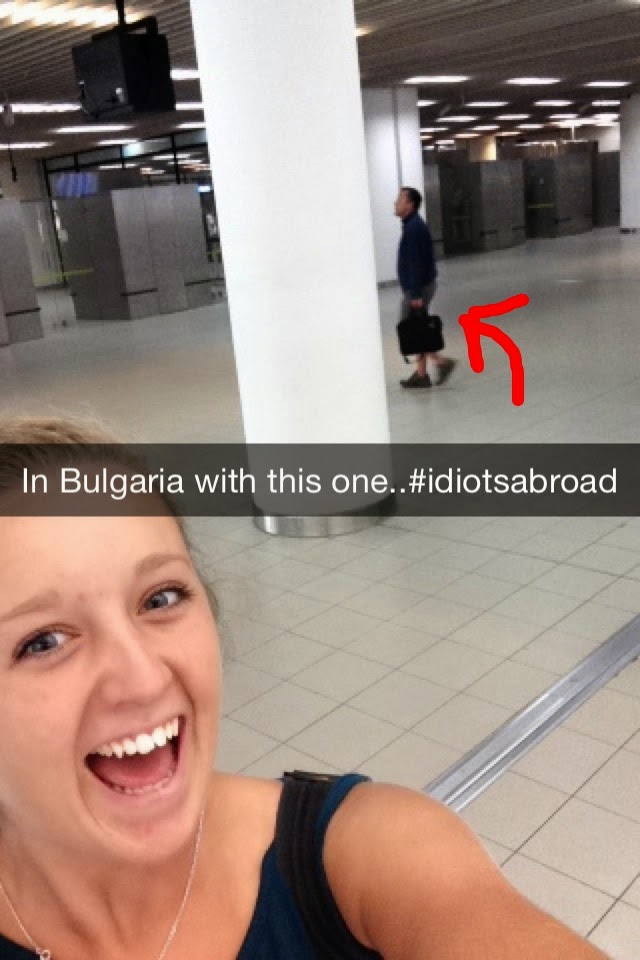 After seeing the Kiwi and Aussie teams at the airport when dad and I arrived in Sofia I ended up joining in with some of their training sessions the week before the racing. I went to a fair number of middle training sessions as this terrain was pretty unique with re entrants everywhere. As mentioned in my previous blog I tried over the week to solidify a plan of how I was going to tackle the middle which consisted mostly of a really strong attack point and a heavy reliance on compass bearings. This helped settle my head and see a way to orienteer through the muddied sea of techniques in my head. The long area I was excited for, although at first it looked pretty plain and standard it was similar to the south of England (more hilly) but required navigation by vegetation and spot features and would be mostly a downhill race (YES).

Throughout the week I stayed at hotel lion in Borovets. It was a lovely hotel, I managed to get a king sized bed which I couldn't touch the sides when spread out and my dad had the sofa bed! We had breakfast and dinner included which was a lot better than we’d first expected. After junior worlds in Poland and Slovakia, I was preparing myself for dill, potatoes and grilled chicken but they had loads of variety and even cooked breakfast in the mornings which I just about managed to control myself not to have them every morning. There was also a spa (which had these cocoon structures which you could lie in and chill out, described by Katie as: 'bubbles of comfort and joy') a gym, pool and saunas.


Half way through the week I took a day off from training and went up to gondola with my dad (first time on a Gondola!!). This took us to 2360m in 25minutes and then we went for a walk up the ridge to the top: not quite making it all the 2925m to Musala before the clouds rolled in and we head back down. Throughout the week, my dad was a hero and drove me around everywhere, waiting for me to train before we headed back to the hotel to watch the tour. Completely truthfully he is undoubtedly the best dad AND coach only complaining infrequently about my mess...which was EVERYWHERE.

On Thursday evening the GBR team flew but I didn't join them until Saturday evening in hotel Iglika, the event centre for the competition. This also had a pool but the Wifi was a lot more dodgy and the rooms were pretty small but compared to Poland, where we stayed in a school and had one shower for 14 of us, I was not complaining. The food was also pretty similar and they too had boiled eggs which I'd become a fan of since eating them ALL THE TIME at uni!

It was nice to be out with the team and I was feeling pretty comfortable with Bulgaria at this point and the training had been helpful to calm my head before the racing. With the team I did some long training where Ralph shadowed for a part which really helped as I kept getting lapses of confidence; as my way of orienteering seemed to involve hitting the controls first time, bang on. Instead I needed to be wary that I am not this good, and need to just aim off slightly or allow myself some lenience when I don't find every control perfect as I don't exactly give myself much chance by just: 'running and hitting the control'.

Although in previous JWOCs I seem to remember team leaders meetings standing out as a substantial part of the week, we didn't have many and the team was happy and relaxed. One night we played 'never have I ever' with water as a 'hydration game' which was hilarious and bought out some secrets, which of course Adam loved ;) we went to the sprint model the day before the sprint, the team was happy and chilled ready for the week of racing :D
Posted by Unknown at 10:01