As the Team Durham Palatinate ball was the Wednesday before I flew to Helsinki I had very little sleep. The ball was great, I won a full palatinate, got two puddings and went out afterwards. All sober. I was getting used to not drinking and although the temptation was there I knew it really wouldn't be worth it. Travelling all day Thursday was not fun, I caught the train at 5.39am and didn't arrive at the school we were sleeping in until midnight! 18 hours travelling!

We were staying in this old school that had out up beds for us and provided us with breakfast and dinner on the Friday - the dinner was so nice, hadn't eaten good food in so so long! The training for me wasn't fun and enjoyable, terrain was tough, soft ground, bushes and crags wasn't my idea of fun, fast orienteering. However I didn't let it bother me too much, I knew I needed to silence my feelings a little bit, stop complaining and use my head a bit more when I orienteer.

The easy run in the evening was eventful, although slow, Andrine managed to get the worse luck ever as a bird shat on her. We gave her priority to the first shower...and then ate watermelon to cheer up.

I was in the second team, last leg with Charlotte, Kristin and Siri. WE DID AWESOME! Charlotte completely bossed first leg and we ended up in 69th, the best the second team of LOL has ever been :) my race was so much fun! I didn't even do as well as I could but I enjoyed it so much!! The beginning was good, and I felt fast! I never quite was in enough control that I could say I was working on RTFM but I was enjoying tearing up the forest, bashing my way through shite. Although I do remember hating it when I was on the course...I got so many cuts and bruises and completely bitch slapped by this one tree. I had to stop for about 30seconds as I couldn't see a thing! Even hours after my race my eyes kept spontaneously crying :( I also ran to control four before three but I was loving life at that point, running so fast that I didn't want to stop to read the map. The terrain was better than expected but I think it was just because of elephant tracks! As I wasn't RTFM very well my routes were pretty shit but I enjoyed it wooooo!! And when I finished all the LOL girls were there waiting which was THE BEST :D

In total I was on the arena for 13hours, watched the boys start, tried to sleep, cuddled on a roll matt with Siri trying to keep warm, worked on my tan in the showers ha, ate ice cream even though it was freezing and saw a load of Brits and my fav british boy from home, jack <3<3 lol who I hadn't seen in ages!!

With not much sleep again (although I think more than anyone who had tried to sleep in the tents overnight!) we watched Gaute finish for the first team in 19th place!!! Went for a really easy run with Charlotte in the sunshineeee before leaving for Edinburgh! As it was my one year anniversary in Lillomarka me and Ingvild at Helsinki went to eat togeths...which failed miserably I had somehow managed to buy a liquorice ice cream (WHO EVEN MAKES THEM!?). It was vile. I don't like Liquorice 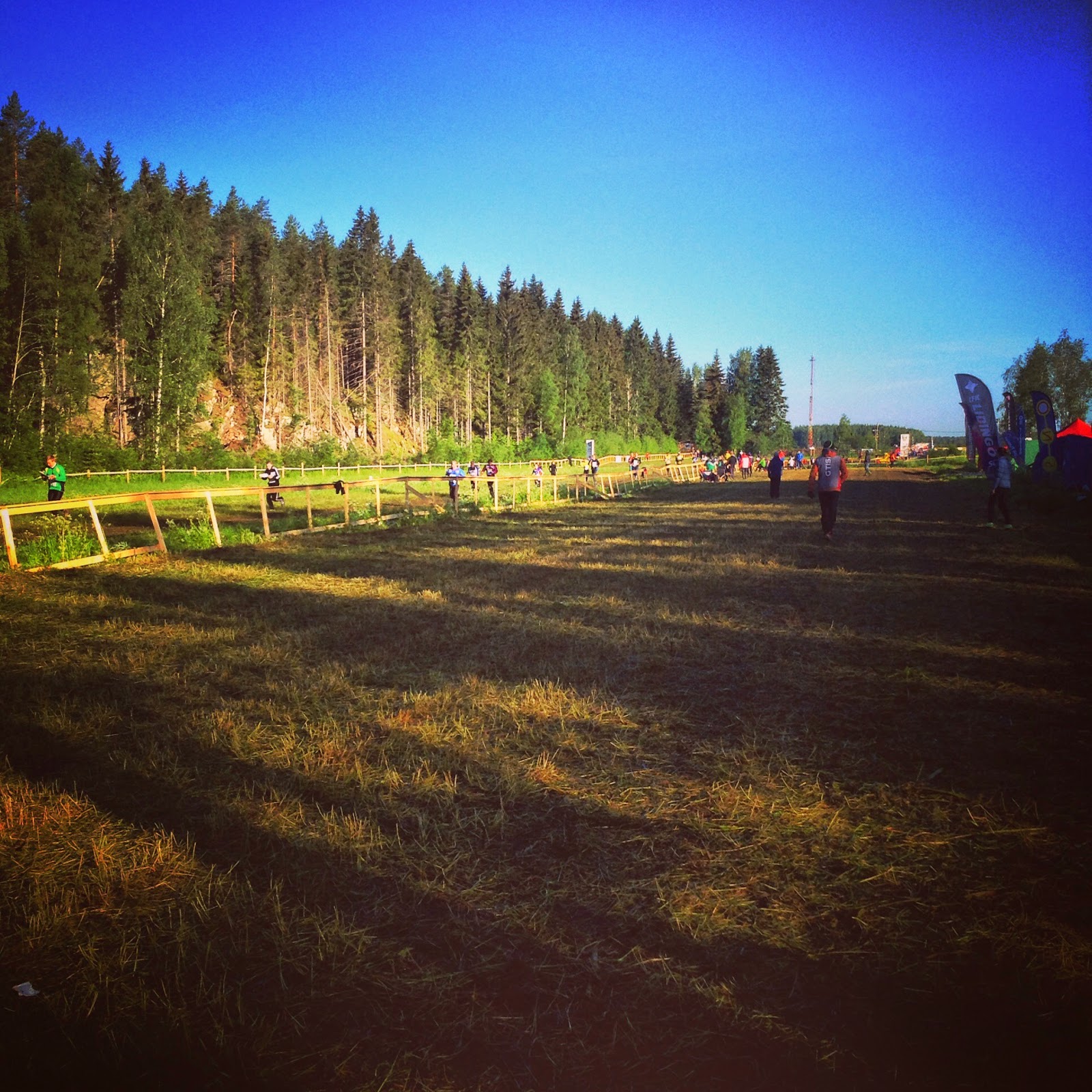 Compared to tiomila, although there was more excitement and goings on at tiomila, I felt I had enjoyed this waaay more - probably because I'd enjoyed the orienteering! I was also beginning to feel more confident in what I would call shitty terrain! Knowing that yeh my body was going to complain and I would get pissed off with the terrain, but not to listen to that physical side of my brain as much....focus on quieting my emotional tired little chimp and getting on with the orienteering and rational thinking :)