Originally I wasn’t going to go to this weekend as it was a trek away from Durham and was asked to go to Tiomila by my NEW INTERNATIONAL CLUB – LILLOMARKA!! Aaaaaaah yeaahhh…so excited for when I can finally run for them! Joined them pretty recently after some persuading from Helen Palmer and Matt Speake… I am going to run at Jukola for them later in June which I cannot wait for! Never ran in one of the big relays before!! 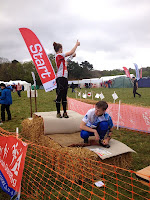 So anyway on the Friday before the competition I travelled down with Peter and Pippa Archer…falling asleep in the car! And then after arriving at peter’s house we were given some lush food <3 Fairly early bed time before the individual, especially as me and Peter went for a early (VERY EASY) run before breakfast!! Never done it before…just to loosen off the legs – never thought they would work as I’d just get tired but I actually think it may have helped!! The event assembly had an arena start for the elites again and had us starting on hay bails…when it was my time to start I was loving life. Couldn’t get enough of the attention ;) hahahaa. 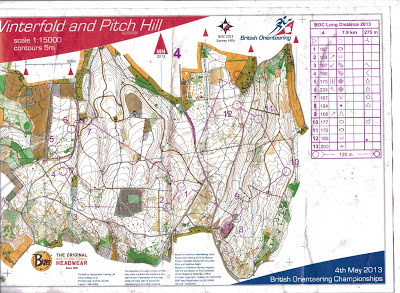 The race went REALLY WELL! Started off fast…slowed up in the middle bit before powering it at the end, feeling like I had a bit too much energy at the end! It was a little hilly but I was feeling good on the hills and have been doing LOTS of hill work for JWOC this year (480m of climb in 6.9km :O). Half way round I had an energy gel (MY NEW FAVOURITE THINGS!) it was sooooo yummy…planned when I was going to take it and it was like having a mid-race snack! Loved it! The area was rapid and you could get a proper pace up! It was also good that the W21E had the first part of their course being the same as the whole W18/20E’s course so we could compare times etc even though they did still have another 5km of something :P 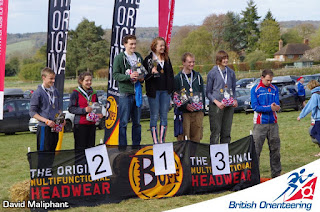 Even though lots of people in my age category weren’t actually there (at Tiomila/too far to come) the competition was still good with both Zoe and Tamsin attended, both are on the JWOC team. HOWEVER I WON..ahahahaha AND DID PETER!! So we had two Durham kids on the podium!! AKA everyone now come to Durham University…we will get you good ;) After prize giving I went home and got to see my fam which was lovely <3 missed them all loads even though it had only been like two weeks :L Stuffed my face full of fish and chips and ate tonnes of ice cream and chocolates to last me for a week!

The Sunday was the Relay and another early morning which probably should have been earlier as it was a bit of a rush at the event, especially as my club were making some last minute changes to the teams so I could run in a boys team (extremely grateful for this) with my little brother and Ben Chesters. I ran first leg which for the first part, flewwww round with all the guys but found the terrain harder and harder to run through as the race went on. I came back around 8th I think and handed to Harry who destroyed it coming back third (much respect especially as he had 12km or something insane the day before!!). Overall we came 2nd so I got to go on the podium with all da boiiiisss (/men) haaa. 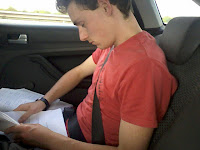 Also brought some new shoes (Oroc280’s) from Ian at Ultrasport! Absolutely love that man…always makes time to actually chat to you :D and some food…Harry even brought me an ice cream <3 what a babe. There was then the long journey home where I did revision in the back with Peter…although he couldn’t hack it as well as me and fell asleep <3 BLESSSS!! Again another great weekend and I’m thankful to all the people who helped me out and drove me to the events etc!! :D
Posted by Unknown at 04:22