Although again I was travelling around, I was excited to be going home! The Friday evening we had the SARUM club dinner where it was lovely to see the members and have a good natter with. Alice, Harry and Adam had also come home so there was a good turn-out from the Butts! Unfortunately there wasn’t a lie-in the next morning as everyone went off to ride in the WiltShire WildCats slaisbury Sportive. I had declined this offer, making sure I actually had some time off and spent the morning baking cakes for a Leukemia Care cake stall I was running the following day. It only took me a few hours to bosh out a Victoria sponge, apple & cinnamon loaf, coffee cupcakes & vanilla cupcakes, chocolate fridge cake and flapjack.

Feeling like a bit of a cake queen I went for a run but was so so tired. It was good to get out on the forest and the weather was so beautiful. The family sped around the sportive meaning they were all back to relax in the afternoon.  The evening plan of fish and chips was ruined as the shop was closed but we made up for it with a co-op equivalent (still no deep fried battered sausage -_-).
The following morning we had the usual mad panic before an orienteering event – although leaving an hour to wake up etc everyone was dashing around the house with -5minutes to go trying to find water bottles or orienteering tops (cough Dad cough) or waiting for the bathrooms. We finally  made it out alongside an earful from dad who was not happy with an early start in the Compass Sport Trophy Qualifier. There was, of course, traffic to the event but as I was running the cake stall we got close parking to the arena and start.

The cake stall was set up and with help from Sarum members I was still able to run. The weather was again gorgeous but unfortunately the course was not so nice – I thought it was a pretty boring course. Imagine an A5 sheet of paper and someone draws a circle inside it an inch from the edge. That was essentially my course – all legs were the same distance apart and I was running to three already complaining about it. It took me a while to get used to how vague it was (or how little was mapped!) and ensure I was using my compass. Therefore the second half was a lot smoother than the first. 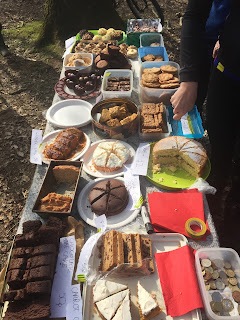 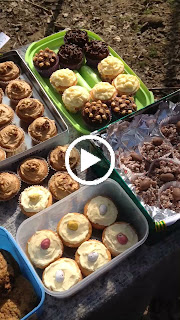 I finished with a big cheer from my club and was surprised I’d got 2nd place behind Alice by a minute. I quickly got changed and headed back to the cake stall to find Adam already there! He had zoomed around the brown without making many mistakes - we both had pretty shocking photos taken of us on the run in though...whose is worse?? 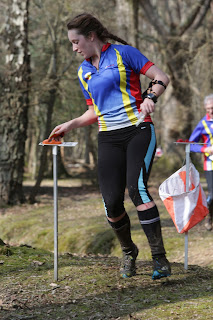 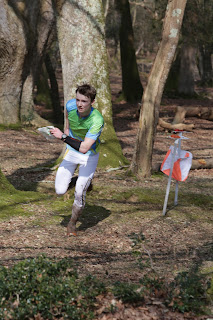 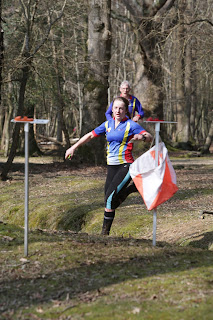 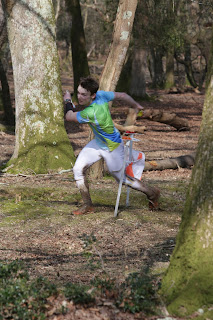 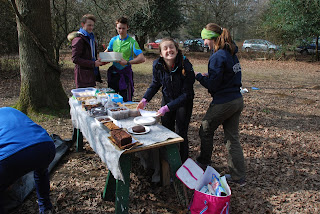 The cake sale had also gone well with only a few cakes left! In total we raised £160 for Leukeamia Care – a surprising amount as I thought it would only be about £50! The weather was lovely and it was great to be outside. It was a really good weekend and we got to have a bit of time to relax before we all travelled home.