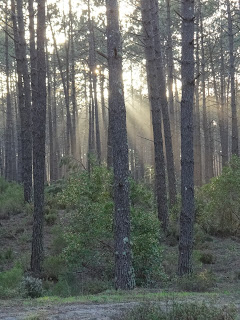 While Durham was covered in snow and absolutely freezing cold I had arrived in Portugal which despite my pessimistic attitude was actually sunny! Woooh, so I met the team out there on Wednesday with enough time to get a little training done. Most of the team had already been out for the Portugal O-Meet races and so to my dismay, Florence had a better tan than me (Absolutely gutted…this never happens!!) Anyway, the training was AMAZING…the terrain was so rapid, and at the beginning my orienteering was a bit messy, just loving the fact I could run. After some epic relocation, I decided to navigate and control my orienteering a bit more and was prompted by Liz Campbell to have an aim for each training session. During the week, one of the main aims of the training camp was to ensure all training exercises were focused with a target which I always find hard as I have never been very good at articulating how I orienteer. Throughout the week and after a chat with Liz (which always helps settle my head) I’d roughly worked out how I get to each control...that I am going to call rolling relocation :P not the most efficient orienteering, I KNOW but it works (so far) and I know that it can be improved which can surely only be a good thing!

During the week we also had the opportunity to use a head camera which was interesting…definitely useful although I don’t know how similar my orienteering was to my natural orienteering when being shadowed with it on, it was a good laugh to watch back anyway! Also during the week we had a sports psychologist, Neal Anderson who was so useful, especially when talking to 1:1. Me, Charlotte and Florence also got together to speak with Neal about relays, especially as we were going to Denmark a month later to focus on relay training. This was also useful and the reality of getting to JWOC and performing in a team began to take shape. 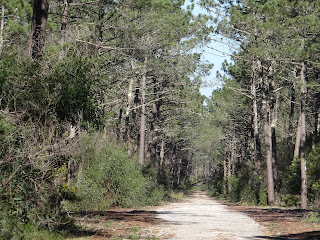 We were staying in a cute little hotel near the seaside, so it was just a 5 minute walk to the sea where we went a couple of times after training to paddle soak up the teeny bit of sun that was around!! The evening meal was always a surprise…with some puddings comprising of a knife and fork to help us eat bananas, which of course most of the team took up as a challenge to eat a banana solely with the knife and fork!! We were also staying with some Finnish people and the Swiss Squad providing famous people to gawk at :P 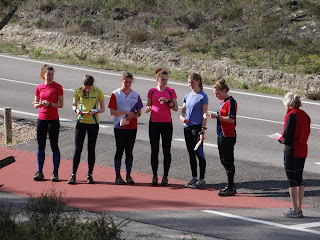 So after a few days training we were onto the weekend in which the squad competed in two races, a long and middle. The long was especially tough as it was 11.5km (the furthest I can ever remember racing!!), so going out at my usual pace I died just after the spectator control and even found the run-in hard (I am going to blame the sand for this…tried sprinting in sand?? Well it’s NOT EASY). The middle day was a bit of a rush as we all had to leave quite swiftly to get to our flight from Lisbon at 3.30pm (some of the squad even cutting their races short) but we made it with plenty of time. The actual middle race went better for me than the long as I tried not to worry about HOW I was orienteering and instead decided to just orienteer normally. Overall this week helped me understand a lot about my orienteering whilst giving me the opportunity to analyse it under race conditions, against some of the best orienteers around! 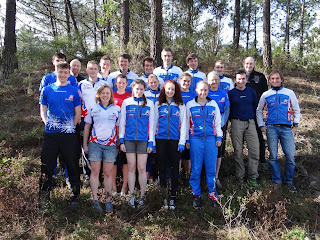